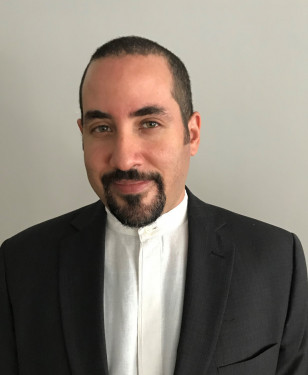 Roberto Gil Cancel Comas has been working with migrants and members of various diaspora groups for over a decade with a focus on civil participation and migration and development; a diverse experience spanning from East Asia to Europe and North Africa to the Americas. Before taking up responsibilities in the Regional Office for South America, he covered the Middle East and North Africa (2017-2019) from IOM’s Regional Office in Cairo after arriving to the region as Head of Project Coordination in IOM’s country office in Egypt (2014-2017). Prior to this he served as project manager in the field of diaspora engagement at IOM Kosovo (2012-2014) as well as Head of Project Development (2010-2012). This work built on his work with Latin American migrant communities in Belgium on how they contribute to their countries of origin through the NGO Service d'Information et de Formation Amérique Latine (2009-2010). That in turn was informed by his engagement with Latin American migrants in the US to promote their participation in the civil and political sphere of their new home country under the auspices of the National Council of La Raza (2008-2009).
Mr Cancel has a master’s degree from the Katholieke Universiteit Leuven in Cultures and

Development Studies where his thesis focused on migration and development, as well as a bachelor’s degree in International Affairs and Anthropology from the Florida State University. In addition, he is a practised project development and implementation trainer with experience also in workshop facilitation and strategic planning.

As a migrant and part of the Puerto Rican diaspora, Mr Cancel plans to continue his work strengthening the positive link between migration and development by empowering migrants to be actors for social change and economic growth.