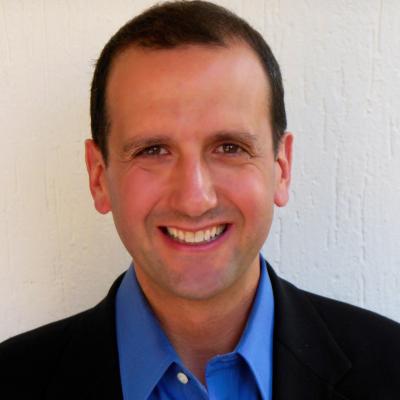 Michael Goldberg is an experienced venture capitalist and international business leader whose teaching is focused on the fields of entrepreneurship and early stage finance. Goldberg is an Assistant Professor in the Department of Design and Innovation at the Weatherhead School of Management, Case Western Reserve University. With support from the Burton D. Morgan Foundation, Goldberg created a massive open online course (MOOC) called Beyond Silicon Valley: Growing Entrepreneurship in Transitioning Economies, which has attracted over 135,000 students from 190 countries with subtitles in 16 languages (most on Coursera platform). Inc.com named Beyond Silicon Valley one of the top online classes that "will make you smarter and more interesting." Goldberg spoke about the impact of his MOOC at TEDxHeraklion in Crete (February 2015) and TEDxFulbright in Santa Monica (September 2015).

Goldberg co-founded the Bridge Investment Fund, a venture capital fund focused on investing in Israeli medical device companies that have synergies with the leading health care industries and institutions in Cleveland.

Goldberg has deep experience teaching entrepreneurship in international markets. He was awarded Fulbright fellowships to teach entrepreneurship at the National Economics University in Hanoi, Vietnam (2012) and at the Polytechnic in Windhoek, Namibia (2015). Goldberg has also been a visiting professor teaching courses on entrepreneurial management and finance at Bilkent University in Ankara, Turkey and the ALBA Graduate School of Business in Athens, Greece. He has conducted seminars on behalf of the US Department of State on entrepreneurship in Argentina, Austria, Botswana, Cambodia, Chile, Czech Republic, France, Germany, Greece, Indonesia, Kosovo, Laos, Macedonia, Morocco, Myanmar, Namibia, the Netherlands, Philippines, Russia, Slovenia, Spain, Switzerland, Tanzania, Tunisia, Vietnam, Zambia and Zimbabwe.