The International Organization for Migration (IOM) and IBER-RUTAS – after inviting professional and amateur photographers to participate in the first International iDiaspora Photo Contest is now pleased to host the Awards Ceremony - iDiaspora Photo Contest 2022.
Through this activity, the IOM and IBER-RUTAS seek to recognize and award the six winners and the two honorary mentions selected by a specialized jury. The activity has the objective of giving space to the winners to share more about their photographs and officially present the photographs to the international diasporic and migrant community.

The theme of the contest was “Diaspora” with 4 subcatgories that were well-received in the international community. The contest saw the participation of nationals mainly from Latin America, Africa, and Asia, and to a lesser extent from North America and Europe.

The Awards Ceremony represents an opportunity to acknowledge the talent of the global diaspora through photography by showcasing unique and defining elements of migrant and diasporic communities before, during, and after the migratory process. These elements include but are not limited to navigating identities from the country of origin to the country of residence; the roots of the youth and how they connected with their homelands, diasporas acting as influencers through technology, and diasporas helping their communities.

Winners include nationals from Colombia, Peru, Ivory Coast, Nigeria, Armenia, and Venezuela, while two honorary mentions will be given to nationals from Argentina and Afghanistan.

The virtual awards ceremony is open to the public and will have interpretation in English and Spanish. 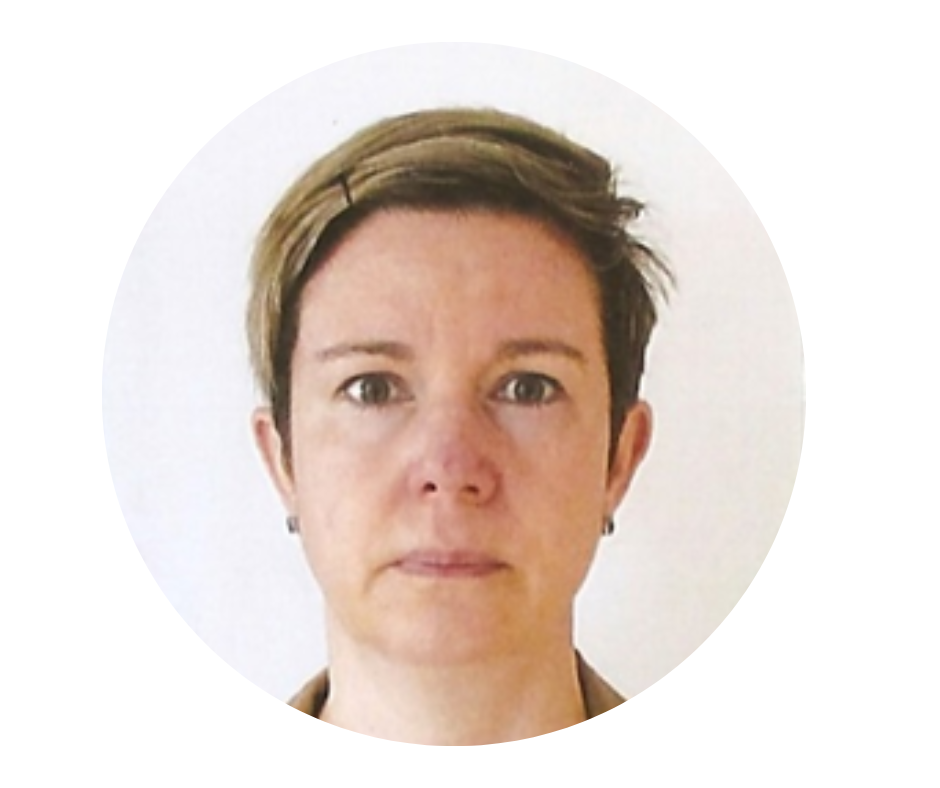 Liz has worked for the International Organization for Migration (IOM-UN) since 2001 and in June 2022, she became the Head of the Labour Mobility and Social Inclusion Division.
Prior to taking up her duties in IOM’s HQ, she was Deputy Chief of Mission in Ukraine - one of the largest IOM missions. She was responsible for oversight for all IOM programming, engagement with UN agencies and IOM’s input into the UN Cooperation Framework. Prior to this, Liz served as the Senior Regional Immigration and Border Management Specialist for Southern East and Horn of Africa where she was instrumental in advancing IOM’s work on trade and migration. Between 2001-2015, Liz was the Senior Regional Labour Migration and Migration and Development Specialist, based in Argentina. She also initiated IOM’s regional work on migration, environment, and climate change.
From 2006-2011 Liz was based in IOM’s Headquarters in Geneva as the Specialist for Labour Migration and Migration and Development in the Labour and Human Development Division. From 2001-2006, Liz worked with IOM in Albania, working on a diverse portfolio of issues including supporting the development of the first National migration policy, and was responsible for implementing IOM’s first programme to support the EU/Albania Readmission Agreement.
Elizabeth has a BA in Politics from Sheffield University, an MA in International Relations and European Studies from Central European University (CEU) in Budapest, and an MSc in Development Management from the Open University in the UK. Liz is a dual British/Italian national and also speaks Italian and Spanish. 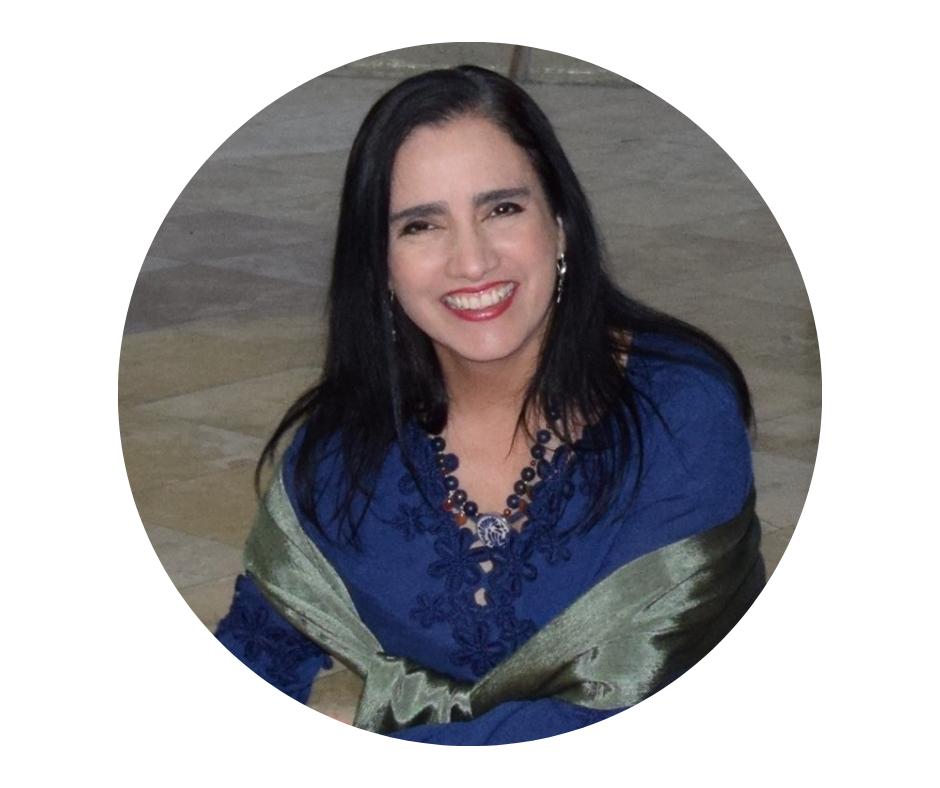 Manager, cultural promoter, academic, with a multidisciplinary artistic career since 1984.
Doctor in Educational Sciences, with 3 postgraduate courses in: Educational Evaluation, Artistic Education and Citizenship, and International Cultural Relations, by the Centro de Altos Estudios Universitarios de la Organización de los Estados Iberoamericanos OEI, currently pursuing a post-doctorate in educational psychology at Terra At Mundi University.
She has held several positions in public service and is currently Director of the Tijuana Cultural Center, an agency of the Ministry of Culture of the Government of Mexico. 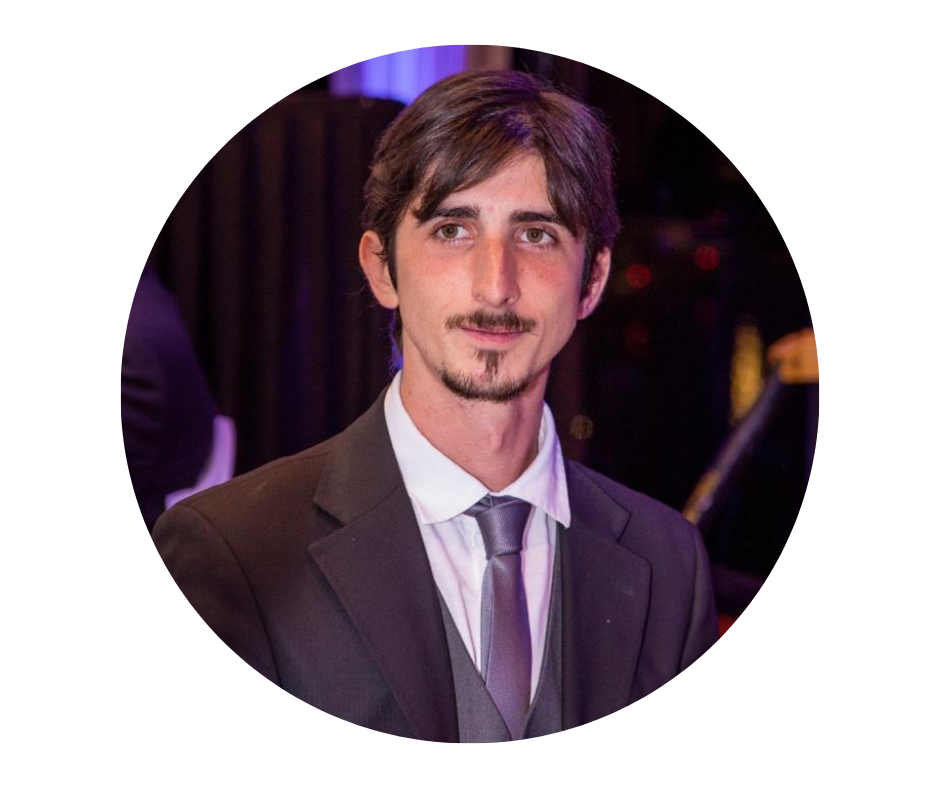 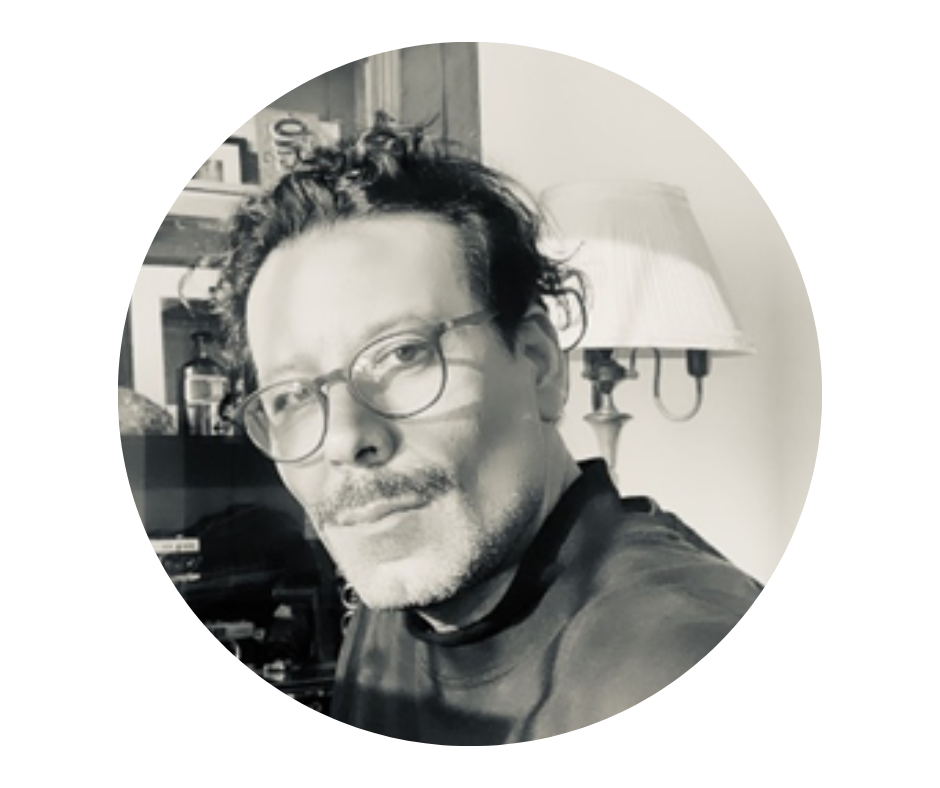 Visual artist. He has developed his work in photographic format, has exhibited in Chile and abroad, as Animal Gallery, Mac, National Museum of Fine Arts, Biennial of Porto Alegre, Biennial of Photography in Liege, among others.
Alonso has experience teaching at the university level including the Universidad de Playa Ancha, The ARCO Institute, Incacea and ARCIS University. He was producer of the photography area of CNCA, organizing national and international events, writing work of the policy of promotion of Chilean photography, producing international festivals, and national conferences, supporting residencies of artists and professionals in the area of photography including Nelson Garrido, Ramon Reverté, Martin Parr, Marcos Lopez, Pablo Ortiz Monasterio, among others. Alonso has participated in workshops, seminars, and has co-edited photobooks for the internationalization of Chilean photography. He has created portfolio viewings of Latin American photographers for Photoespaña in the meeting of viewers / Photoespaña in Managua / Nicaragua. He has been awarded by The National Fund for Cultural Development and the Arts, FONDART of Chile, for the development of his work. He has also been an evaluator of FONDART, a peer evaluator of accreditation of the career of Visual Arts for the universities UNIACC and Universidad Austral de Chile.
He has developed a series of curatorial and museographic works for the Parque Cultural de Valparaíso from 2011 to date, making more than 50 exhibitions, including group and monographic exhibitions.
Alonso lives and works in Valparaíso, Chile and is currently the head of programming at the Parque Cultural in the same city. 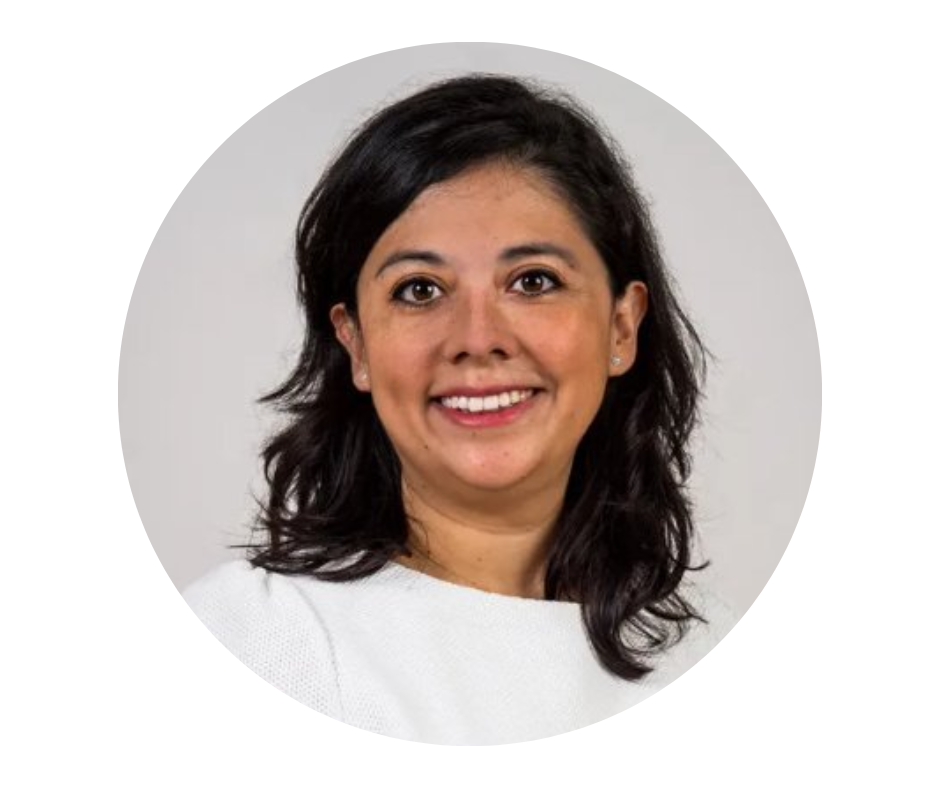 Larisa Lara is the Transnational Communities and Digital Communications Officer at IOM Geneva. She completed her PhD at the Centre for Ethnic and Migration Studies (CEDEM) of the University of Liège and at the Research Unit of Migration and Society (URMIS) of the University of Paris. She holds an MSc in Migration Studies from the University of Oxford and an MA in Conflict, Security, and Development from King’s College London. Larisa has published multiple academic articles and policy papers specializing in transnationalism and diasporas engagement. In 2021 she was appointed as finalist of the VIII Worldwide Competition for Junior Sociologists engaged in social research. 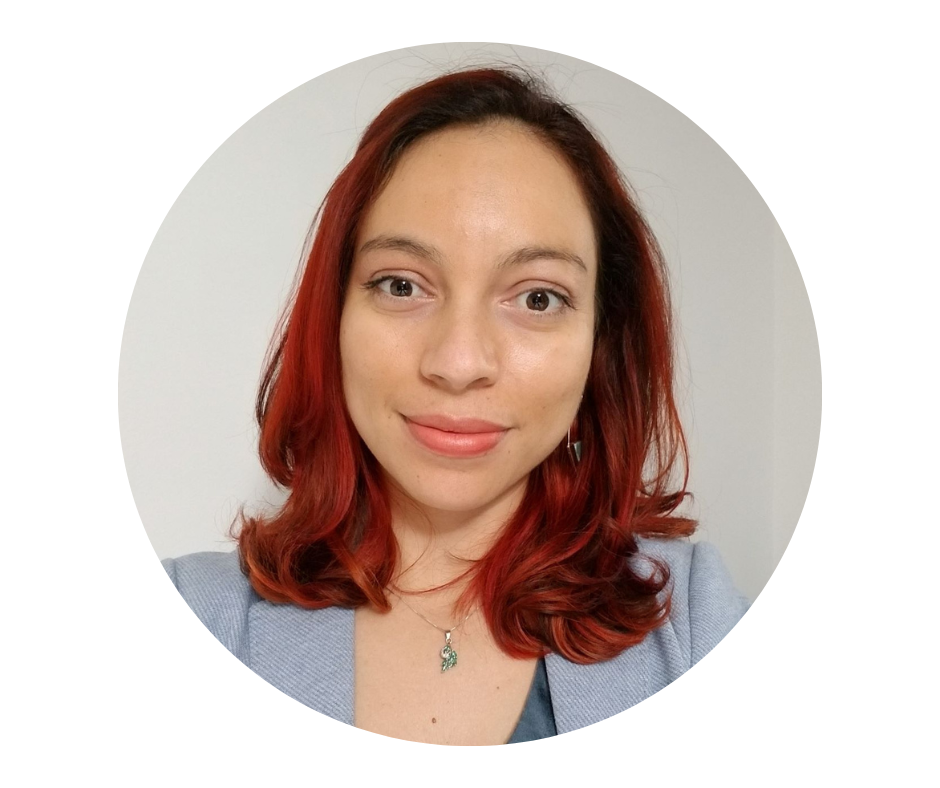 Veronica is a Consultant for the transnational Diaspora Team at IOM Geneva. She is originally from Colombia and holds a B.A in Government and International Relations from Smith College Massachusetts, USA. She interned at the Library of Congress in Washington D.C and was a Quigley fellow at Meridians Journal at Smith College. She also interned with the department of Human Development, Education, and Employment in the Organization of American States (OAS/OEA) and was a Latin American Intern at the Wilson Center for International Scholars also in Washington D.C. In the Spring of 2022, she studied abroad in Geneva where she joined the IOM first as an Intern.  Veronica is interested in international human global development, Latin American issues, and Female Migration and Transnational Diaspora..